The Alhambra of Granada 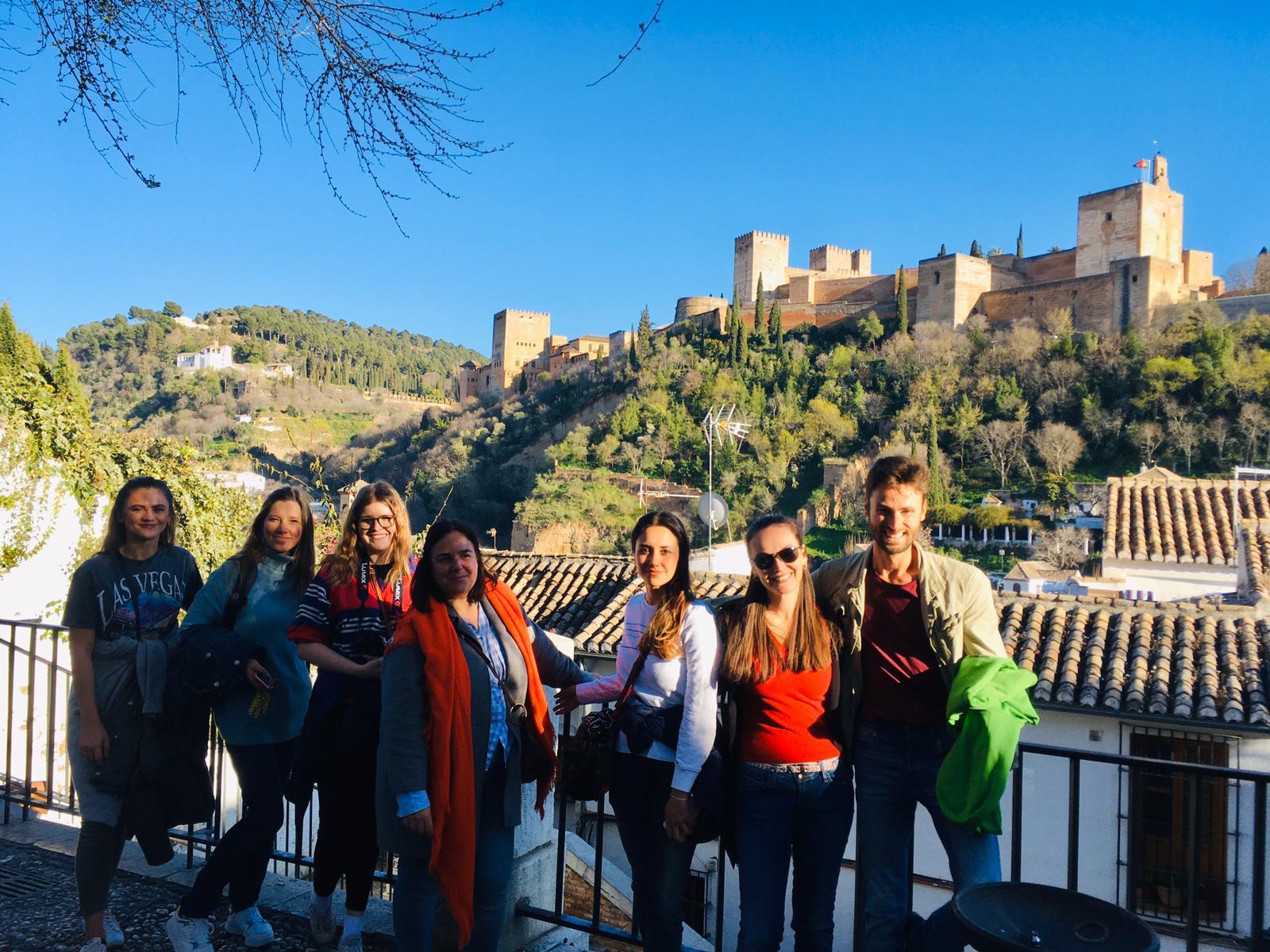 You better pack comfortable shoes if you want to visit The Alhambra!

It is going to be an AMAZING all-day trip and it is worth doing. Do you know, what am I talking about? It is not only a castle with a fortress, but also royal palace and city, gardens and summer retreat, and even much more. Built between the 13th and 14th centuries, it was the jewel of the Nasrid kingdom that came to encompass all of Algeria, Malaga and Granada, as well as part of other provinces. It served as the palace and fortress complex of the dynasty. It is important to get to know some history as it was completed a century later during the reign of Yusuf I. The Emirate of Granada was the last Muslim dynasty on the Iberian Peninsula to capitulate in the Catholic Reconquista, in 1492. Do you know what else happened that year? October, 12th, 1492, Ch. Columbus discovered America. This day is known as El Día de la Hispanidad and it is a big bank holiday in Spain. It is really good to know!

What is for me fascinating, is that although some modifications took place after the Nasrid dynasty’s departure, including the construction of a palace for Holy Roman Emperor Charles V within the complex in 1527 and the construction of a church on the site of the royal mosque, much of the Alhambra retains its Moorish character. It is the most important surviving remnant of the period of Islamic rule in the Iberian Peninsula (711–1492). It was inscribed on the World Heritage list in 1984 due to its universal beauty and exceptional expression of Moorish and Andalusian culture as well as for its ability to convey the history of the changes to the region over time through its architecture and decorative campaigns. The decorations, mostly carved by hand, are breath-taking as their meticulous structures make an amazing composition.

However, the whole of the Alhambra is more than just a palace, as altogether it is citadel within the city of Granada. It has royal apartments, fortresses, gardens, patios, barracks, all surrounded by an impressive wall. I have absolutely fallen in love with the city and the monument. Frankly speaking, going there was one of the best decisions. Moreover, I get to know that there Granada is a student-friendly place with a great university and fascinating nightlife for young people. It sounds very interesting and I really should take it into account while deciding which country I would like to spend my last year of university.