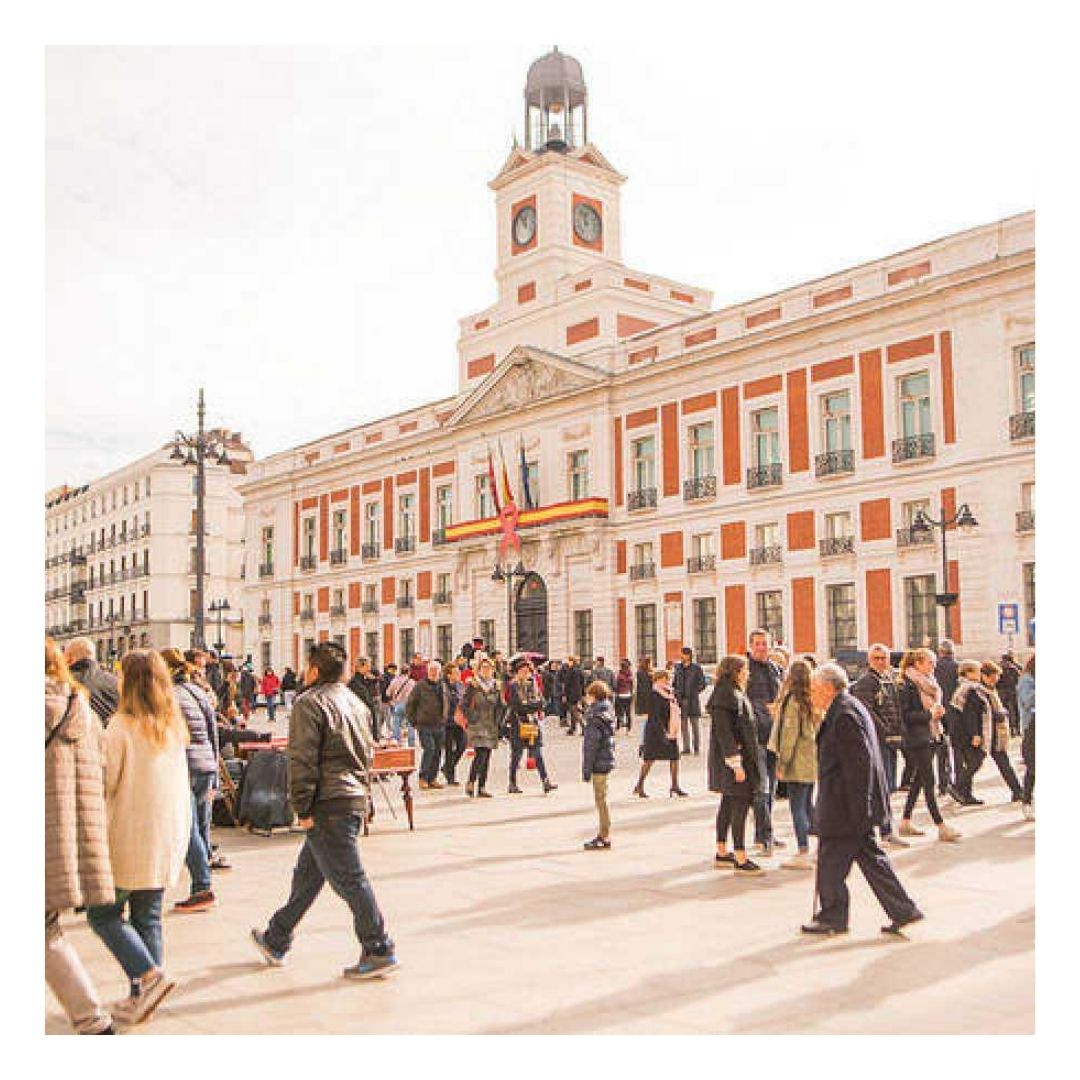 Madrid is a big and beautiful city, with a lot of squares and spacious places. One time I almost got lost but thankfully I remembered the name of one of the most famous and most central squares – La Puerta del Sol, which is located just a short walk from the Plaza Mayor. I grabbed a coffee ¨para llevar´´ and walked along the street. I would say that such behaviour is highly recommended!

The square itself is not exactly a square as it has an almost semi-circular shape and owes its current form to the major renovation work carried out between 1854 and 1860. Originally it was the site of one of the city’s gates, which faced the east and was adorned with an image of the sun, hence the square’s name. Good to know!

When I looked at the building, at first glance I was able to find a clock tower, located in the part of a building known as the «Real Casa de Correos». This was originally built in the 18th century as part of the Post Office and now functions as the headquarters of the President of Madrid’s Autonomous Community. It is very famous and all Spaniards turn their eyes to on New Year’s Eve, guzzling down a grape to each of its twelve chimes at midnight. Millions watch on TV and what sometimes seems like millions braver the cold here in the square. If you’re here on New Year’s Eve this is a marvellous experience (see our information on Christmas & New Year in Madrid).

After turning around, I was amazed by the view of the statues «El Oso y El Madroño» (the Bear and the Strawberry Tree) which are an official symbol of the city. However, they are of an unclear origin – it seems that there used to be many bears in the fields around Madrid although the original symbol was supposed to be a female bear (osa). And the strawberry tree seems to be actually a hackberry tree, which was once in abundance around Madrid. Yet, it remains to be a legend…

The other statues to be found in this square are a reproduction of the Mariblanca statue (the original is in the Municipal Museum) which is believed to be Venus or Diana the Hunter and which marks the spot where previously a fountain stood, and a statue of King Carlos III (placed here by popular demand, since he was called the «Mayor of Madrid» due to the improvements he ordered made to the city).

This is the place where many people meet up and later go parting or spending time together. I sat down and decided to observe how they were talking, laughing, dancing and hugging each other. Everything was so vibrant, energetic, and full of colours and happiness!