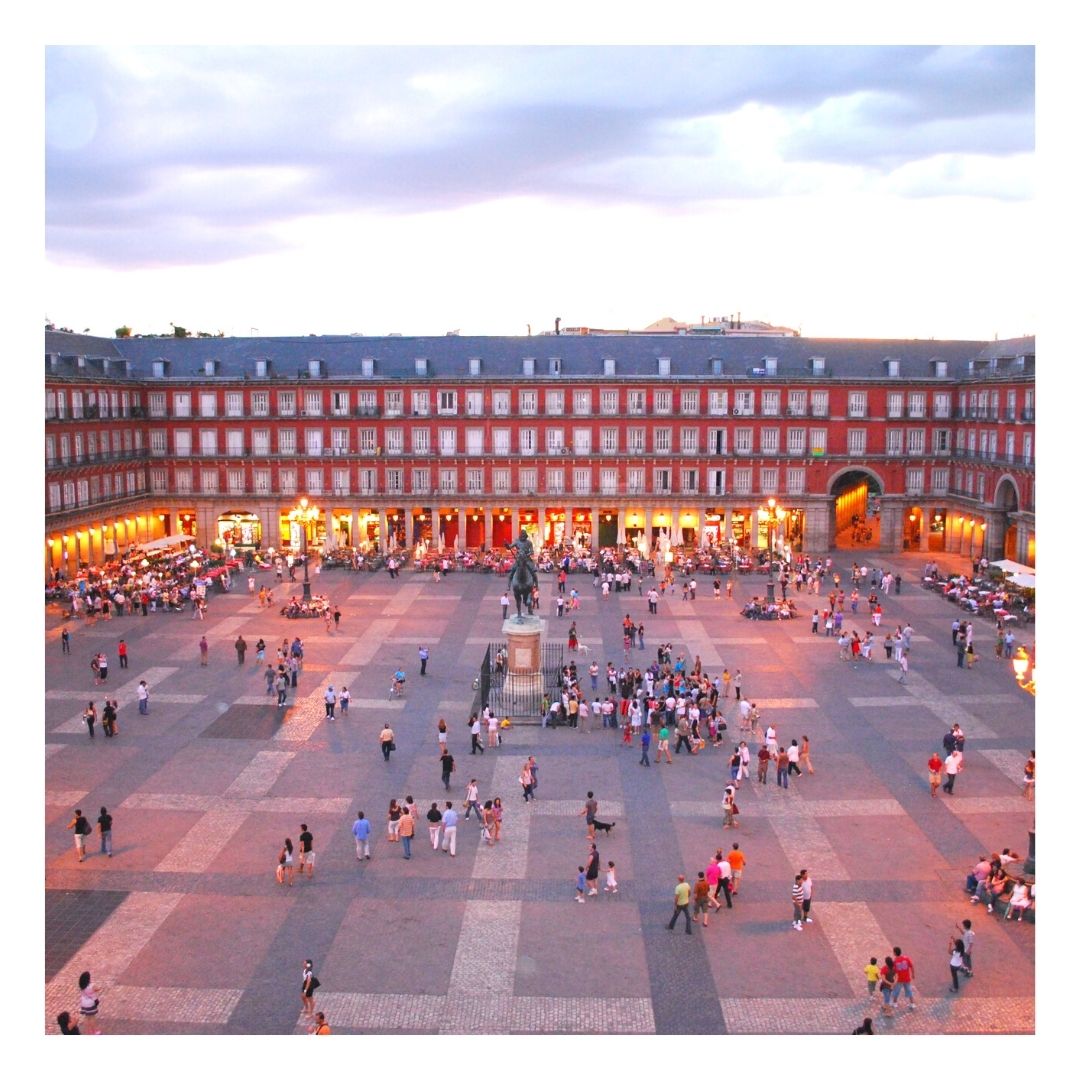 After visiting la Puerta del Sol, I decided to stroll down and see La Plaza Mayor. Even though Madrid is a huge city, places like that are within walking distance. How amazing!

As you know, I always like to know a little bit more about the history of a place or a monument. It always makes it easier to understand and appreciate them. The square was originally planned by Felipe II and his architect Juan de Herrera but was inaugurated in 1620 during Felipe III’s reign, whose statue sits proudly in the very center of the square. Juan Gómez de Mora gave it its rectangular form, and after it had suffered three fires Juan de Villano completed the work in 1853 by joining the four sides.

Interestingly enough, over the years, the square has had many different names. Located where the paths towards Toledo and Atocha meet, it was originally the site of the «Plaza del Arrabal» market and thus took this name before later becoming the ‘Plaza Mayor’. Since then it has also been called the ‘Plaza de la Constitución’, ‘Plaza Real’ and ‘Plaza de la República’ before returning to the now famous ‘Plaza Mayor’ at the end of the Spanish Civil War. Public executions, crowning ceremonies, bullfights, Inquisition trials, and several festivals have all taken place right here in the square. What a crazy history!

Of course, I have immediately fallen in love with the surrounding colorful buildings façade. It is really amazing how a little bit of decoration and color can change the whole perception of the place, it reminds me of the fact that the buildings in ancient Greece also were colorful… how little we know about the world!