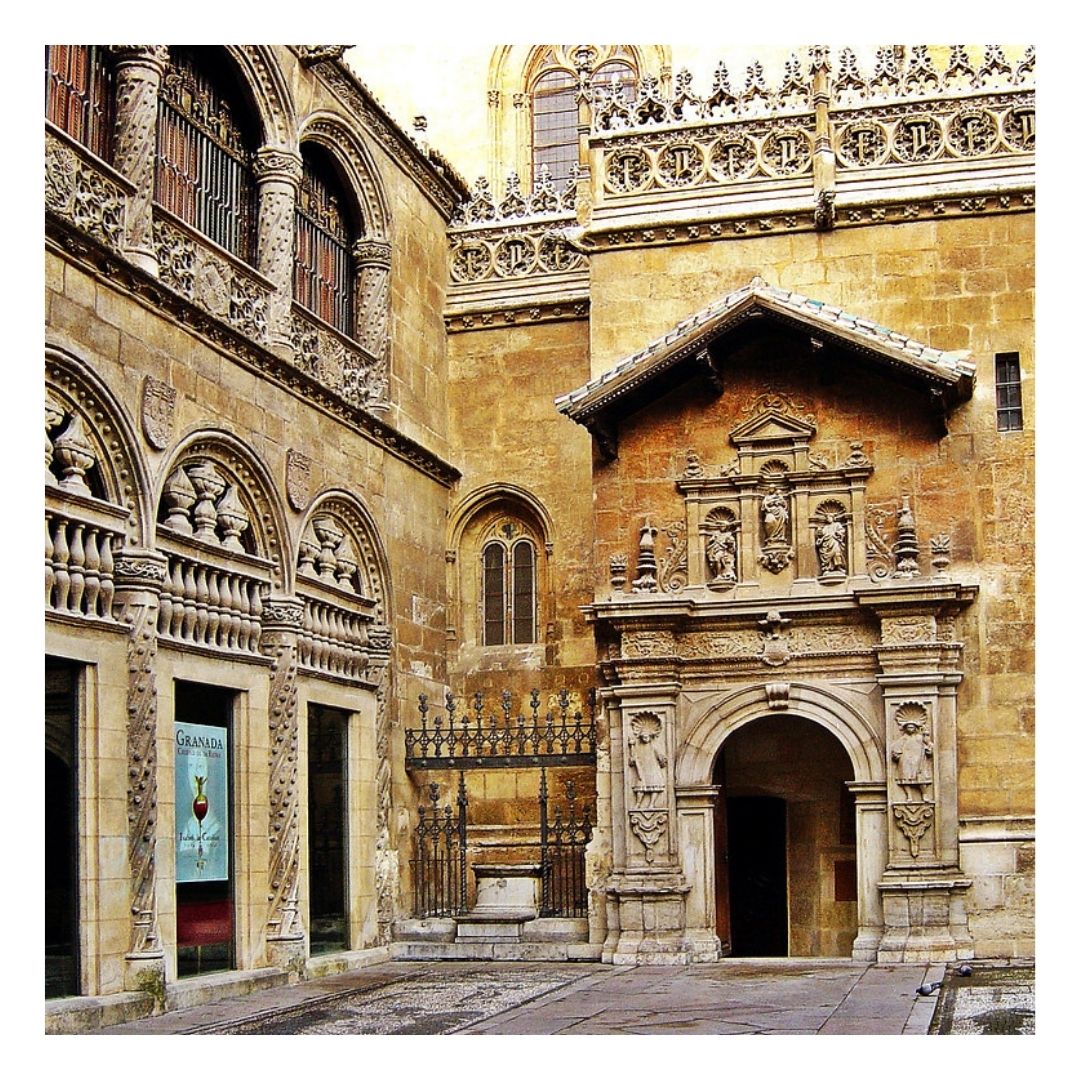 Sacred buildings will never stop fascinating me! I am sure that you have heard about Isabel la Católica but I’m not sure if you know that she was the person who ordered the construction of the Cathedral of Granada in 1505. Its location was always to be the Alhambra Royal Mosque. However, even I could imagine that in reality, a much bigger place was needed. Thus, the center of the city sounded like a perfect plan! The foundation stone of the Cathedral was laid in 1523 and its construction lasted 181 years and was completed in 1704. Later, Carlos V, who always paid respect to his late grandparents, wanted the works to be carried out according to the wishes of the Catholic Monarchs. And he also decided to place the mausoleum of the entire royal family in the temple: the Spanish Habsburgs. How smart! However, Felipe II transferred it to the Escorial Monastery. From its central nave you can see the Main Chapel in all its glory, a true jewel of the Spanish Renaissance, it is really beautiful. The side naves are closed in numerous chapels from different periods and styles and contain a lot of pieces of the exceptional works of art, among which, the Virgin of Antigua, the first patron saint of Granada.

The Cathedral of Granada is a monumental structure that includes the Tabernacle and the Royal Chapel, which makes it one of the largest in Europe! While visiting it, you cannot miss the wonderful organs that date from 1744 and are the work of Leonardo Fernández Ávila, the stained glass windows by Teodoro Pascual, that was considered to be the best collection of the entire 16th century, the Christ on the Cross in the Sacristy, one of the best works of the Spanish Baroque.

This place is an absolute must-see!