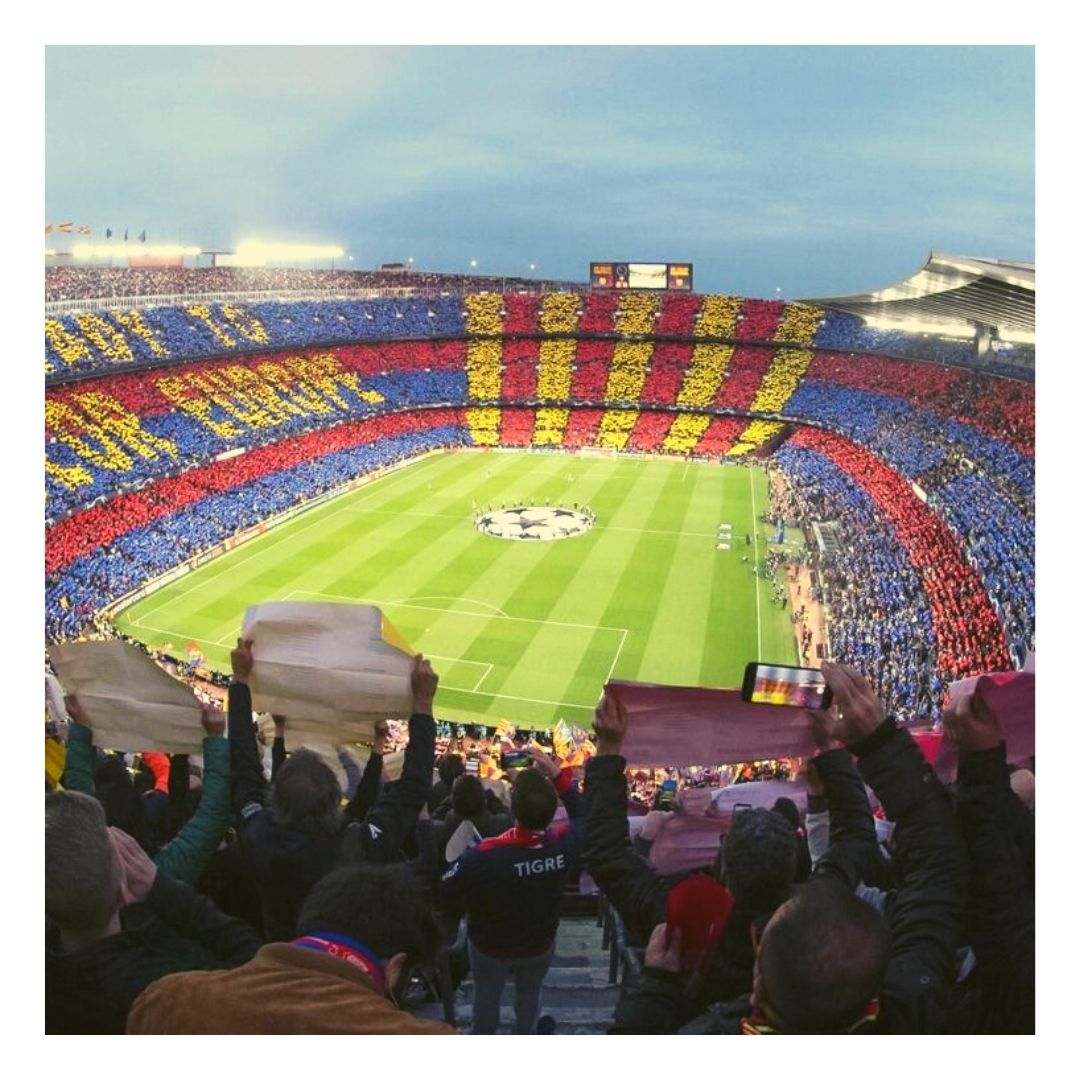 Even though I am not the biggest fan of football, I could never resist visiting such a place. It is a big part of the history of sport. What is more, Camp Nous is not only the largest football stadium in Spain, but also it is the largest one in Europe and home to Barcelona Football Club, one of the most successful clubs in the world. To be honest, I am quite familiar with the footballers because this sport is undeniably one of the emblems of Spain.

Camp Nou, spanning almost 60 years of defining history making moments in sports, politics and music, is one of Barcelona’s most celebrated monuments and a landmark of its own. As I mentioned previously, even if you’re not a football fan, visiting the stadium and the museum is highly recommended. It’s a place of living history. Being there is an experience that just cannot be missed as its size is absolutely astonishing.

Open since 1957, it has been the location for some of the most memorable chapters in both sports and music. Camp Nou, meaning “New Camp“, received this popular nickname from the very start. The stadium not only serves as home to the local Football Club Barcelona, it hosted the inauguration ceremony for the 1982 FIFA World Cup and several final matches of the UEFA Champions League and the football matches in the 1992 Olympic Games.

Moreover, if you want to get more information, you should definitely visit the Barcelona FC Museum that can be found inside the stadium, state-of-the-art exhibitions of the Club’s history. Apart from all the memorabilia, every trophy the club has ever won is exhibited. Oh, and I have one more ¨fun fact¨: Camp Nou is the second most visited museum in Barcelona, after the Picasso Museum.