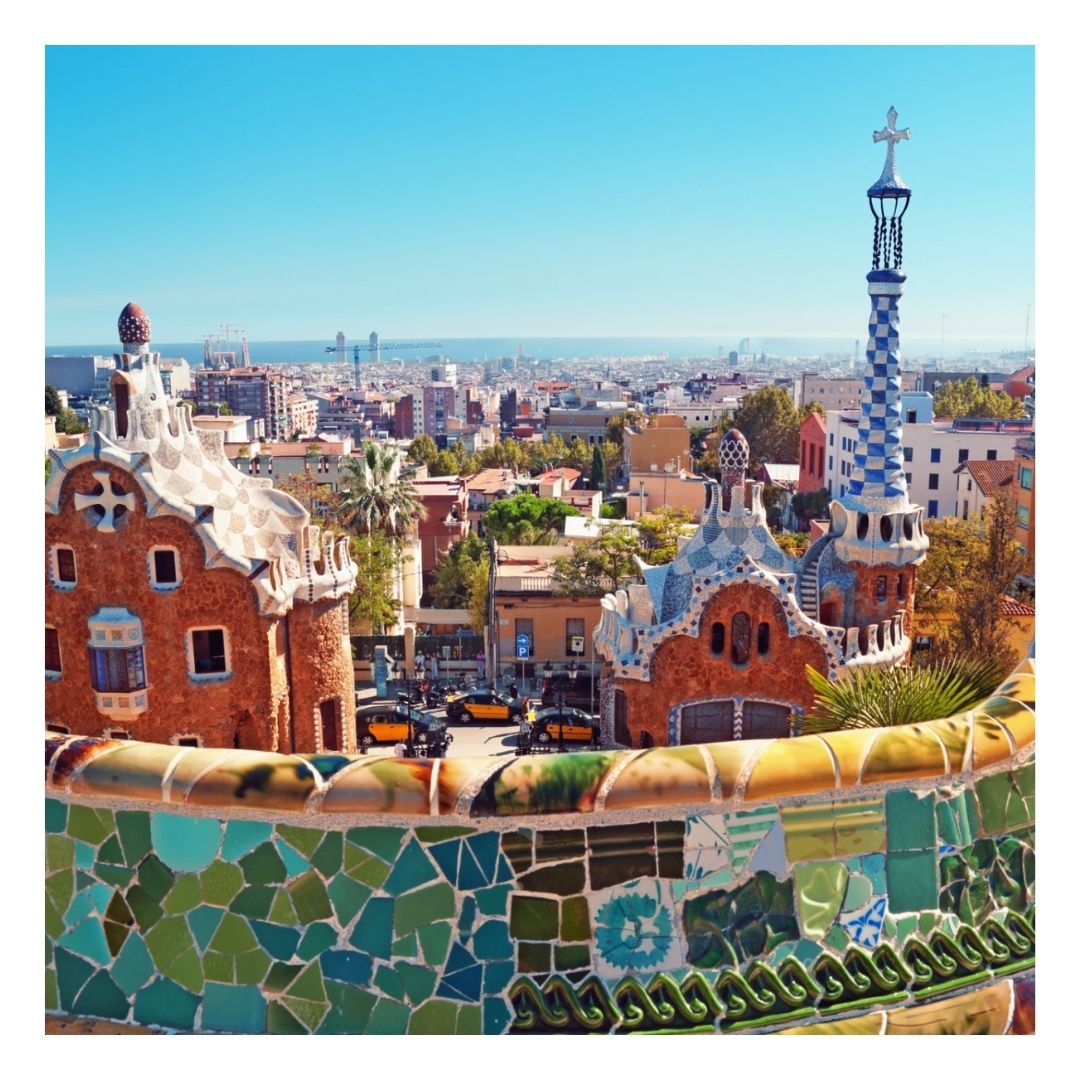 I love walking around the city and relaxing surrounded by trees. It really motivates me to think about and go sightseeing. And when I travel, I think a lot. I see it as an opportunity to distance myself from my problems, to realize what I should be focusing on and what I should leave behind. When it comes to Barcelona, one of the most stunning green spaces is Park Guell, which by the way was never intended to be a park at all. I think that this is the time for a fun fact: it was inspired by the English garden city movement; hence the original English name Park (in Catalan, the name is «Parc Güell»). The site was a rocky hill with little vegetation and few trees, called Muntanya Pelada (Bare Mountain). Gaudí’s original plan, with the help of his assistant Eusebi Guell, was to construct a modern housing estate modeled on the British garden cities. After building the market space, public area, and guard’s house, they opened a model home to the public but never received any interest. The first person to buy a plot in the Park, in 1902, was a friend of Güell, lawyer Martí Trias i Domènech, who commissioned architect Juli Batllevell to build his villa. What an amazing idea! At the same time, the works contractor, Josep Pardo i Casanovas, built a show home, designed by Gaudí’s assistant Francesc Berenguer, to encourage sales. Gaudí himself moved there in 1906 to live with his father and niece until his death in the 20s. Shortly afterward, in 1907, Eusebi Güell converted the old mansion (Casa Larrard), that was already there when he bought the site for development, into his usual residence. Over those years, a large number of civic events were held in the great square, with the owner’s approval. This is, in my personal view, one of those places that you just cannot miss!