Simon talks about his experiences studying at Proyecto Español 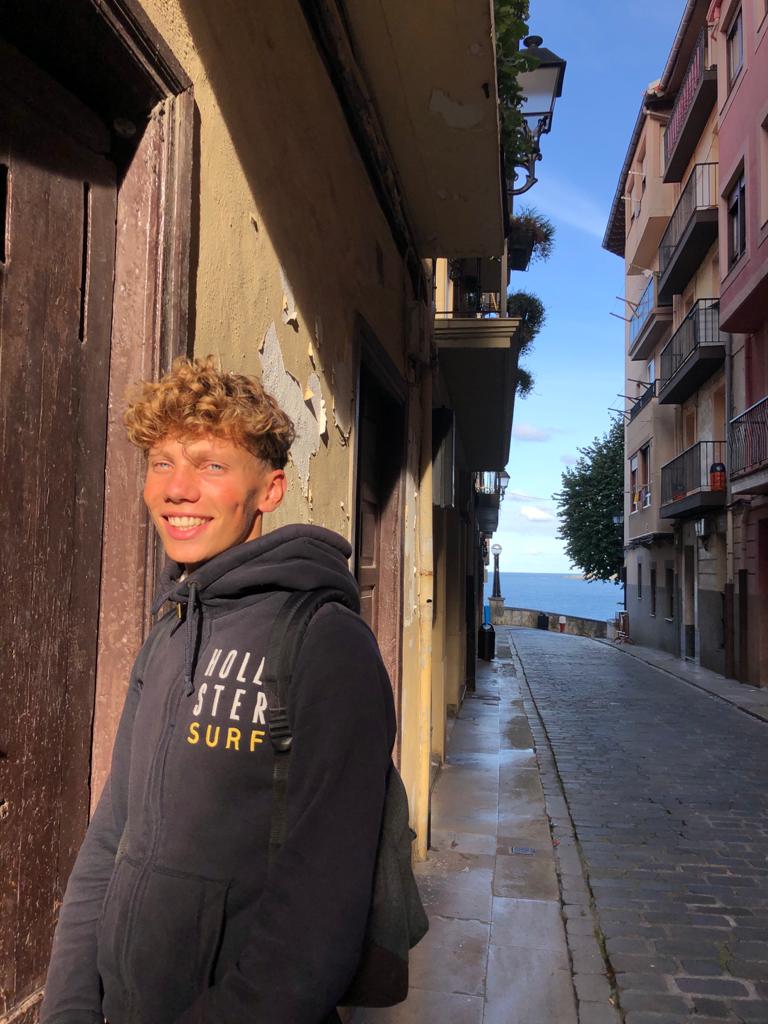 Each year Proyecto Español receives a lot of students from all around the world, with everyone having their own individual reasons to gain a new experience for life. One of our current students is 19 years old Simon from Germany, who decided to use the chance and spend three months in Alicante to improve his Spanish skills. After graduating school in Germany he wanted to use the year, before starting his studies, to travel around (as far as travelling is possible right now) and to do something productive and motivating. After travelling the north of Germany, Venice, the Dolomites, France and Bilbao with his friends he decided to continue his trip alone to start a new life-changing challenge. While doing an internship in Alicante he uses the chance to improve his Spanish at Proyecto Español.

At this point, he is not sure if he needs Spanish in his professional career, what he is sure about though is that it is definitely going to be helpful. “Actually it was more my own motivation which led me this way, I am seeing this as a new challenge for myself” he says. Simon describes it as a different experience being able to understand the people and culture here in Spain way better, “I just love talking to people and get to know their story, this really sounds like a cliché but it just feels very different, way better.” Learning a language in an environment where the language is spoken gives you a different motivation, being able to leave class and practice in public what you have just learned in a classroom of maximum 10 students from all around the world is the easiest and most motivating way. “You just know you can walk outside and actually have a conversation and everyone is being so nice and helpful around here!”

Proyecto Español is offering various options for accommodation, such as host families and apartments. Because of his first experience of being on his own, Simon decided to move into an apartment with the hope of having nice flatmates he could spend some of his free time and practice his Spanish with. “I am really happy to live in a shared flat, as this helped me to find new friends straight away.” If you ask him if his expectations became true he will tell you that it turned out even better than he had expected it to be. He did not have a hard time adjusting himself to the new environment, the only thing he had to get used to was being on his own for the first time. He does not deny that there are situations which you respect a lot but still, he would not describe it as difficult.

Simon usually starts his day by having breakfast and having three hours of grammar class, as well as two hours of conversation class. After finishing his classes he gets something to eat or cooks together with his flatmate, he as well does his homework to revise everything he has just learnt in class that day. His evening he uses to meet friends or to take part in the Intercambio events from Proyecto Español. “I´ve been attending the Intercambio offered by the school and I really like them a lot as you get to connect to a lot more people and you get to speak to more advanced Spanish speakers. You can just talk about everyday topics and I think that makes it really realistic.”

The Spanish culture is another thing he was really surprised about, “I had already heard that the Spanish people are supposed to be really helpful and social but by coming here and experiencing it I was still surprised how nice they really are! It all started within the first hour of being in Spain when I arrived very tired. I wanted to take the bus from the airport into the city but for some reason, my credit card wasn´t working and you can´t pay with cash, so one girl who was already on the bus just stood up, came to the front and paid for my ticket! How kind?” He is continuing his stay with new experiences every day in a city and environment he really enjoys. About Alicante he likes that you can almost reach everything by foot, “You can walk around and see all the sights in one day, there is a very pretty old town, a beautiful castle which gives you an amazing view over the city, nice bars and the beach is just in the city centre!”

About living his adventure with the current pandemic he says that the people here seem to really accept and respect the rules. “There were no problematic limitations for me so far and I didn´t have the feeling that my experience and my stay would be less good because of the current situation. It could be different and better of course but for a safe ending and the community welfare, the rules we have right now are the best way to deal with it. I accept that!”

If you ask him if he would do this again he is pretty sure that he would answer the question with a big yes.